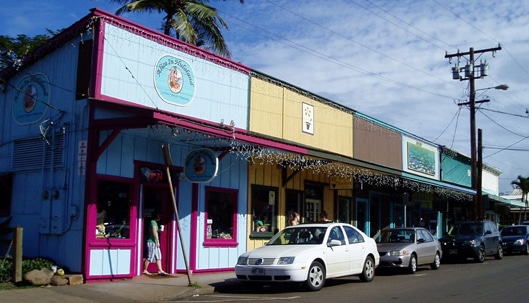 One of our own here in Maui was named among the “World’s Best Surf Towns” by National Geographic. The small town of Paia on the North Shore of Maui – with its population of 2,668 – was given this distinguished title not only because of its excellent morning surf breaks but also because of its welcoming and artistically laid-back culture.

As the article noted, there are some “daily side-shore winds that shred the line-ups most afternoons,” but this often means less surfers battling for the waves. Beginner surfers, the article noted, should try the nearby Paia Bay. So Maui surfers can head out early and catch some nice breaks before the trade winds come in.

But the winds are also what has made this surfing spot famous. Paia is also known as the “windsurfing capital of the world,” attracting pro windsurfers and kite surfers to Ho’okipa Beach from all over the world. And as the article mentioned, if you want to catch some other international pro surfers, stop by the bluff on the Hana Highway between mile markers 13 and 14. There you might catch a glimpse of professional surfers during the winter swells taking on the famous outer reef known as Jaws.

But while not being a “surfing mecca,” Paia made the list of awesome surfing towns because of the “artsy, eccentric vibe” found in this charming little town. A shopper’s paradise, Paia is packed full of unique and colorful boutiques, shops, and art galleries along with a blend of great restaurants.

Paia was once a bustling plantation town in the heydays of Maui’s sugar cane industry. Once it was even the largest city on Maui with a hospital and theater. The old Paia Sugar Mill closed down in 2000, but the town still stirs with local residents and tourists gathering to see the “the coolest little town in Maui,” as the town of Paia calls itself.

There’s no major resorts nearby Paia, only gorgeous beaches with surfers and windsurfers alike, cute shops, and an artistic flare. Here, as Fodor’s Travel noted, you’ll still find “remnants of authentic Hawaii” because it’s “one of the last holdouts.”

So after your Maui surf lesson with Hawaiian Style Surf, drive over to the North Shore and try out what you’ve learned at one of the World’s Best Surf Towns – our little Paia! 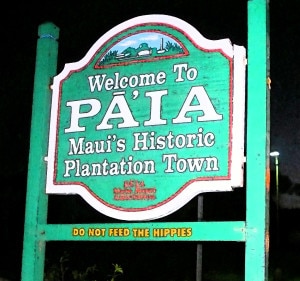